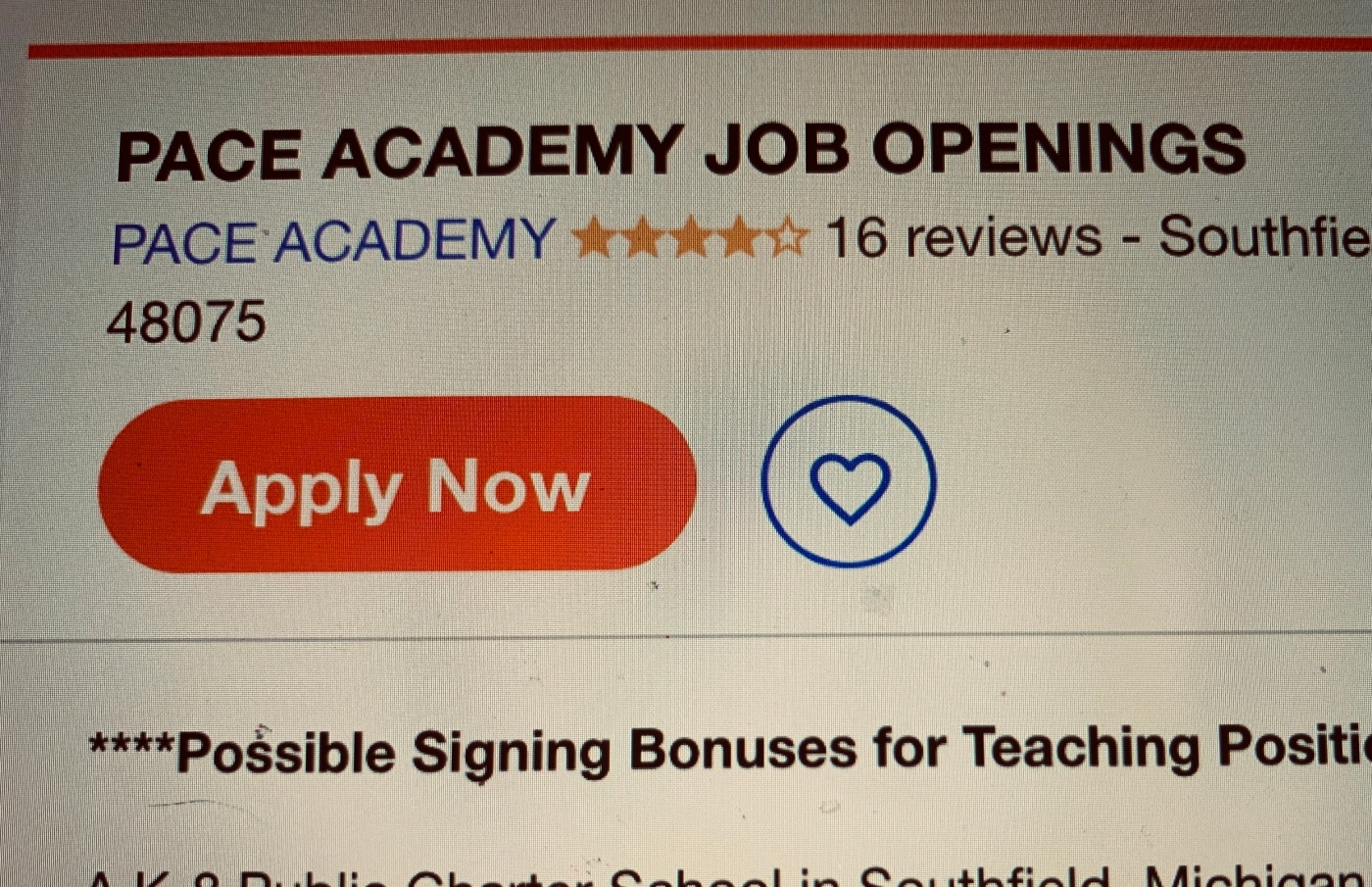 Employers continued to seek workers, but producer prices and service sector growth both staggered. Here are the five things we learned from U.S. economic data released during the week ending August 9.

Job openings continued to outpace the number of unemployed Americans in June. The Bureau of Labor Statistics tells us that there were a seasonally adjusted 7.348 million jobs available on the final day of June. While this was a decline of 36,000 from May and 0.6 percent from a year earlier, job openings remained near record-high levels. Further, job openings well outpaced the 5.975 million unemployed people the BLS had reported previously. Compared to a year earlier, industries reporting substantial percentage increases in open jobs included government (+12.2 percent), construction (+7.4 percent), manufacturing (+5.9 percent), professional/business services (+4.6 percent), and health care/social assistance (+3.5 percent). Hiring slowed by 58,000 to 5.702 million jobs (-2.2 percent versus June 2018). Also taking a step back was the number of people separated from their jobs: 5.481 million (down 76,000 from May and 1.5 percent from a year earlier). Voluntarily quits were up 2.4 percent from a year earlier to 3.478 million while layoff activity was off 7.7 percent from the year-ago pace (at 1.702 million). 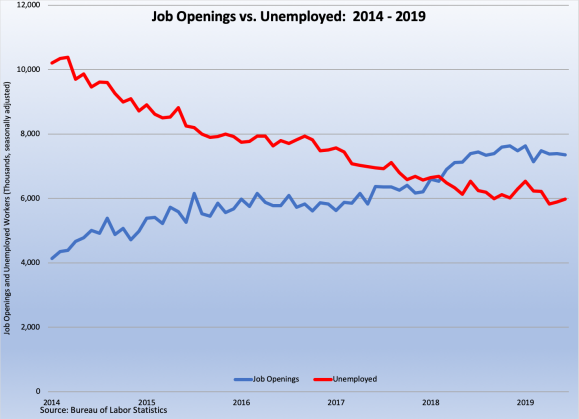 Core wholesale prices contracted in July. Final demand producer price index (PPI) grew a seasonally adjusted 0.2 percent during the month, its largest single-month gain since April. But much of the increase in the Bureau of Labor Statistics measure resulted from a 5.2 percent jump in wholesale gasoline prices. Netting out the impact of gains in energy goods (+2.3 percent), foods (+0.2 percent), and trade services (+0.2 percent), core PPI fell 0.1 percent during the month, its first decline in nearly four years (October 2015). Final demand PPI for goods grew 0.4 percent following two consecutive declines while final demand for PPI for services gained 0.2 percent. The 12-month comparables for both headline PPI and core PPI were +1.7 percent, lowest levels for each since late 2016 or early 2017.

Expansion in the service sector mellowed in July. The NMI, the headline index from the Institute for Supply Management’s Nonmanufacturing Report on Business, shed 1.4 points during the month to a reading of 53.7. While this was the 114th straight month in which the NMI was above a reading of 50.0 (indicative of an expanding service sector), it was its lowest reading since August 2016. Of the NMI’s four components, two pulled back in July: business activity/production (down 5.1 points) and new orders (down 1.7 points). While the employment component added 1.2 points during the month, the supplier deliveries component held steady. Thirteen of 18 tracked nonmanufacturing industries report growth, led by accommodation/food services, professional/scientific/technical services, and real estate. The press release noted “concerns related to tariffs and employment resources.”

Wholesale inventories held steady in June. The Census Bureau estimates merchant wholesalers’ inventories were at a seasonally adjusted $679.7 billion. While essentially matching May’s reading, this represented a 7.6 percent increase over the past year. Inventories of durable goods expanded by 0.3 percent, with increases of at least one percent for computer equipment, furniture, and lumber. Nondurables inventories shrank 0.4 percent, pulled down by sizable for drugs and chemicals. The inventory-to-sales ratio of 1.36 was unchanged from May but was up 10-basis points from a year earlier.