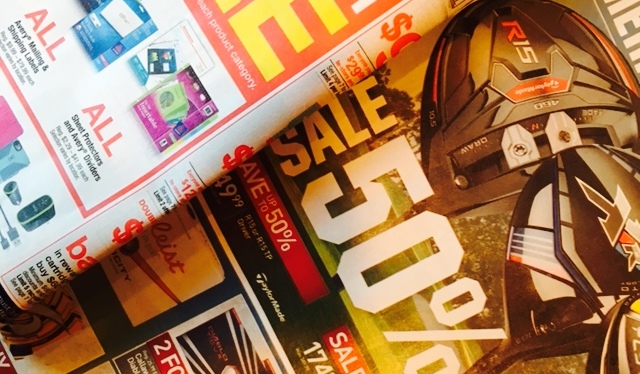 April was a good month for retailers, employers continued to seek workers and producer prices firmed. Here are the 5 things we learned from U.S. economic data released during the week ending May 13.

April featured broad-based retail sales gains. The Census Bureau reports that retail sales were at a seasonally adjusted $453.4 billion during the month, up 1.3% from March and 3.0% from a year earlier (the best 12-month comparable since late 2014). Some of the increase reflects the recent hikes in gasoline prices (note that retail sales data does not control for price changes) with sales at gas stations jumping 2.2% for the month. Net of sales at gas stations and at auto dealers/parts stores

(which enjoyed a robust 3.2% sales gain), core retail sales increased 0.6% in April and were 4.4% above year ago levels. Most retailer categories saw sales gains, led by monthly gains at apparel retailers (+1.0%), grocery stores (+0.9%), furniture retailers (+0.7%) and electronics/appliances stores (+0.5%). Nonstore retailers (e.g., internet retailers) continued to take on market share, with a 2.1% gain in sales during April and a 12-month comparable of +10.2%.

While the number of job openings remains strong, hiring softened in March. According to the Bureau of Labor Statistics, there were a seasonally adjusted 5.757 million job openings at the end of the month. This was up 149,000 job openings from February, an increase of 11.1% from March 2015, a post-recession high and the most in the 16-year history of the data series. Industries reporting the largest year-to-year percentage gains in job openings were financial activities (+28.7%), health care/social services (+21.8%), professional/business services (+15.3%), manufacturing (+14.5%), retail (+9.6%) and accommodation/food services (+8.1%). 5.292 million people were hired during the month, down 218,000 from February but still up 3.6% from a year earlier. So, what were the largest percentage gains in hiring over the past year? They include the government (+15.5%), accommodation/food services (+11.2%), financial activities (+10.2%) and construction (+9.6%). Separations totaled 5.045 million, up 1.2% from a year earlier, with voluntary quits (2.980 million) well outpacing layoffs (1.671 million). The former was 9.5% above year ago levels while layoffs were off a sharp 12.4%.

Small business owners’ optimism improves in April. The Index of Small Business Optimism from the National Federation of Independent Business gained a full point during the month to a seasonally adjusted 93.6 (1986 = 100), its best reading since January. 5 of the index’s 10 components improved during the month, led by indices for current job openings, earning trends, plans to increase employment, plans to increase inventories and whether it is a good time expand. One index component—expected economic conditions—slipped during the month. Following the organization’s typically gloomy tone, the press release did not celebrate the gain in the index, noting that survey respondents “remain extremely pessimistic about the economy, and rightfully so.”