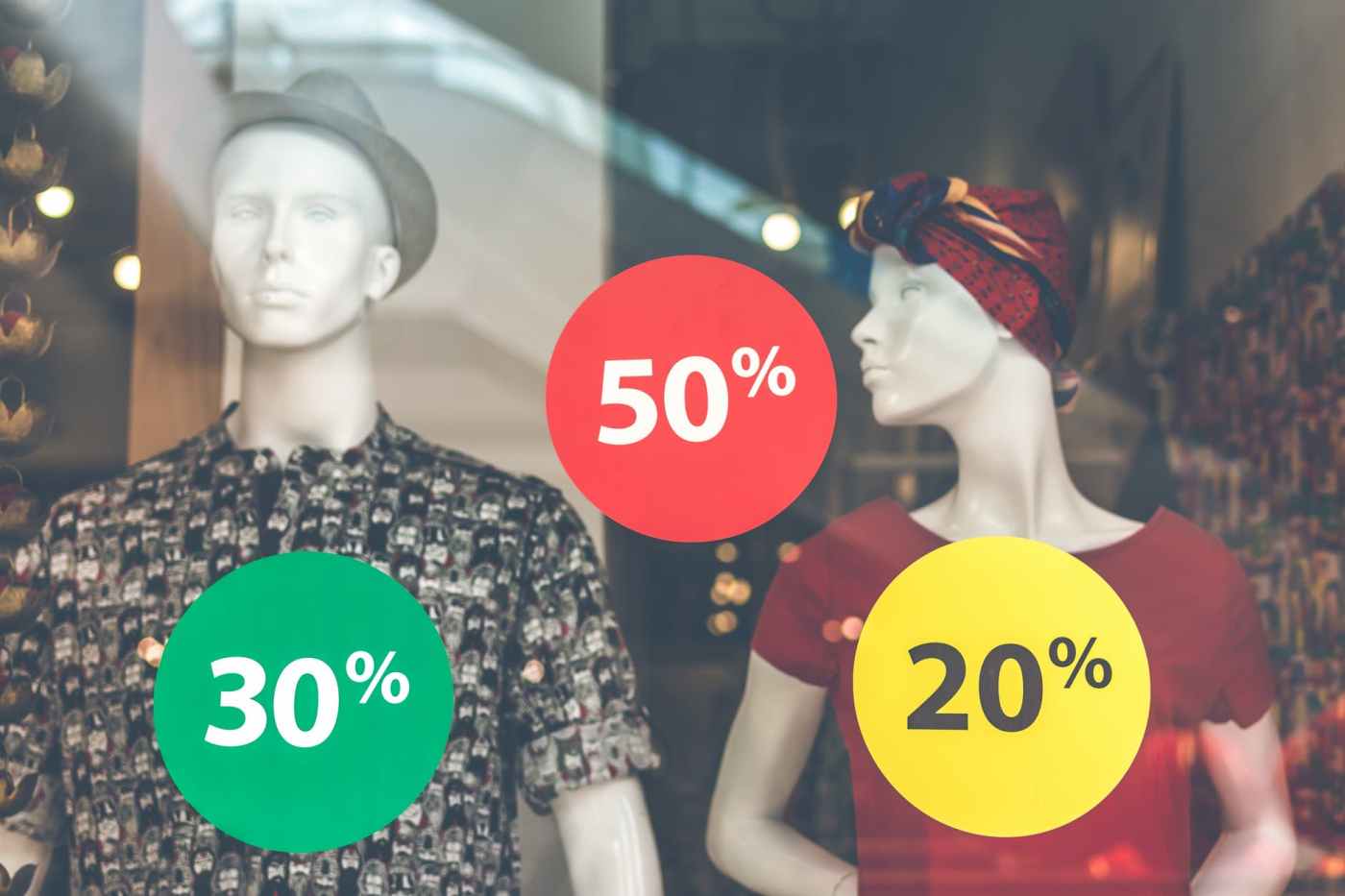 Core consumer prices rose, but core wholesale prices did not. Here are the five things we learned from U.S. economic data released during the week ending July 12.

Core inflation firmed in June. Consumer Price Index (CPI) gained 0.1 percent on a seasonally adjusted basis during the month, per the Bureau of Labor Statistics. Growth in the headline CPI measure was modest as energy prices fell 2.3 percent (including gasoline CPI dropping 3.6 percent) and food prices held steady. Core CPI, which removes the impact of energy and food, jumped 0.3 percent, its most significant single-month increase since January 2018. Rising were prices for used cars/trucks (+1.6 percent), apparel (+1.1 percent), medical care services (+0.4 percent), shelter (+0.3 percent), and new vehicles (+0.1 percent). Over the past year, CPI has risen 1.6 percent while the core measure of consumer prices has a 12-month comparable of +2.1 percent. 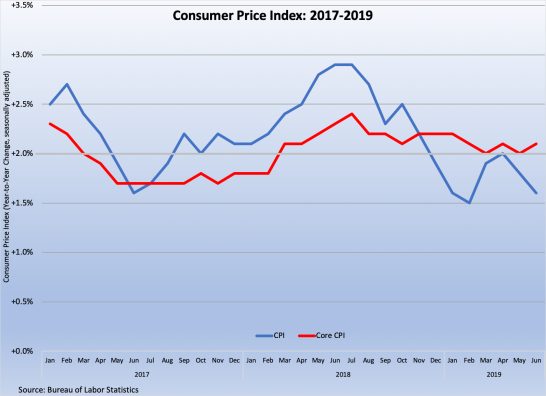 …While wholesale prices did not. The Producer Price Index (PPI) for final demand inched up by a seasonally adjusted 1/10th of a percentage point during June, matching its May increase. The core wholesale price measure, which nets out foods, energy, and trade services, was unchanged after having jumped 0.4 percent during the two prior months. PPI for final demand goods dropped for a second consecutive month with a 0.2 percent decline. Energy PPI plummeted 3.1 percent, pulled down by plunging wholesale gasoline prices (-5.0 percent), while food PPI grew 0.6 percent (corn prices: +19.9 percent). PPI for final demand services increased 0.4 percent, boosted by trade services PPI (i.e., margins at retailers and wholesalers) jumping 1.3 percent. Over the past year, final demand PPI has grown 1.7 percent (its smallest 12-month comparable since January 2017) while the year-to-year change in core wholesale prices was +2.1 percent.

Job openings softened (slightly) in May, hiring more so. The Bureau of Labor Statistics estimates there were a seasonally adjusted 7.323 million job openings at the end of May, off 49,000 from the previous month but up 2.8 percent from a year earlier and keeping it very near the data series high. Industries with sizeable year-to-year percentage increases in job openings included construction (+32.3 percent), accommodation/food services (+8.6 percent), manufacturing (+8.3 percent), and professional/business services (+7.1 percent). Hiring slowed 4.4 percent during May to 5.725 million workers (-2.3 percent vs. May 2018). Also falling were the number of people leaving their job as separations decreased by 192,000 to 5.495 million (May 2018: 5.495 million). The number of people quitting their job—3.425 million—was up 2.5 percent from a year earlier while those affected by a layoff—1.760 million—was down 2.8 percent from May 2018.

Small business owner sentiment took a step back in June. The Small Business Optimism Index from the National Federation of Independent Business lost 1.7 points during the month to a seasonally adjusted reading of 103.3. This followed a 1.5 point gain during the prior month. Only three of the index’s ten components advanced during the month: current inventories, expected credit conditions, and plans to increase inventories. Falling during June were index components linked to earnings trends, whether it was a good time to expand, real sales expectations, plans to make capital outlays, plans to increase employment, and current job openings. The press release noted increased “uncertainty” on weighing on business owner sentiment.

The U.S. budget deficit continued to track well ahead of last year’s pace. The Bureau of the Fiscal Service reports that the U.S. government had collected $2.609 trillion over the first nine months of FY2019, a 2.7 percent increase over the comparable nine months during the prior fiscal year. Meanwhile, outlays totaled $3.356 trillion during those same nine months, 6.7 percent ahead of the previous year’s total. As a result, the U.S. government has run up a budget deficit totaling -$747.1 billion from the period of October 2018 to June 2019, well ahead of the year-to-date deficit for the first nine months of FY18 of -$607.1 billion. The Bureau currently forecasts a budget deficit for FY19 of -$1.092 trillion