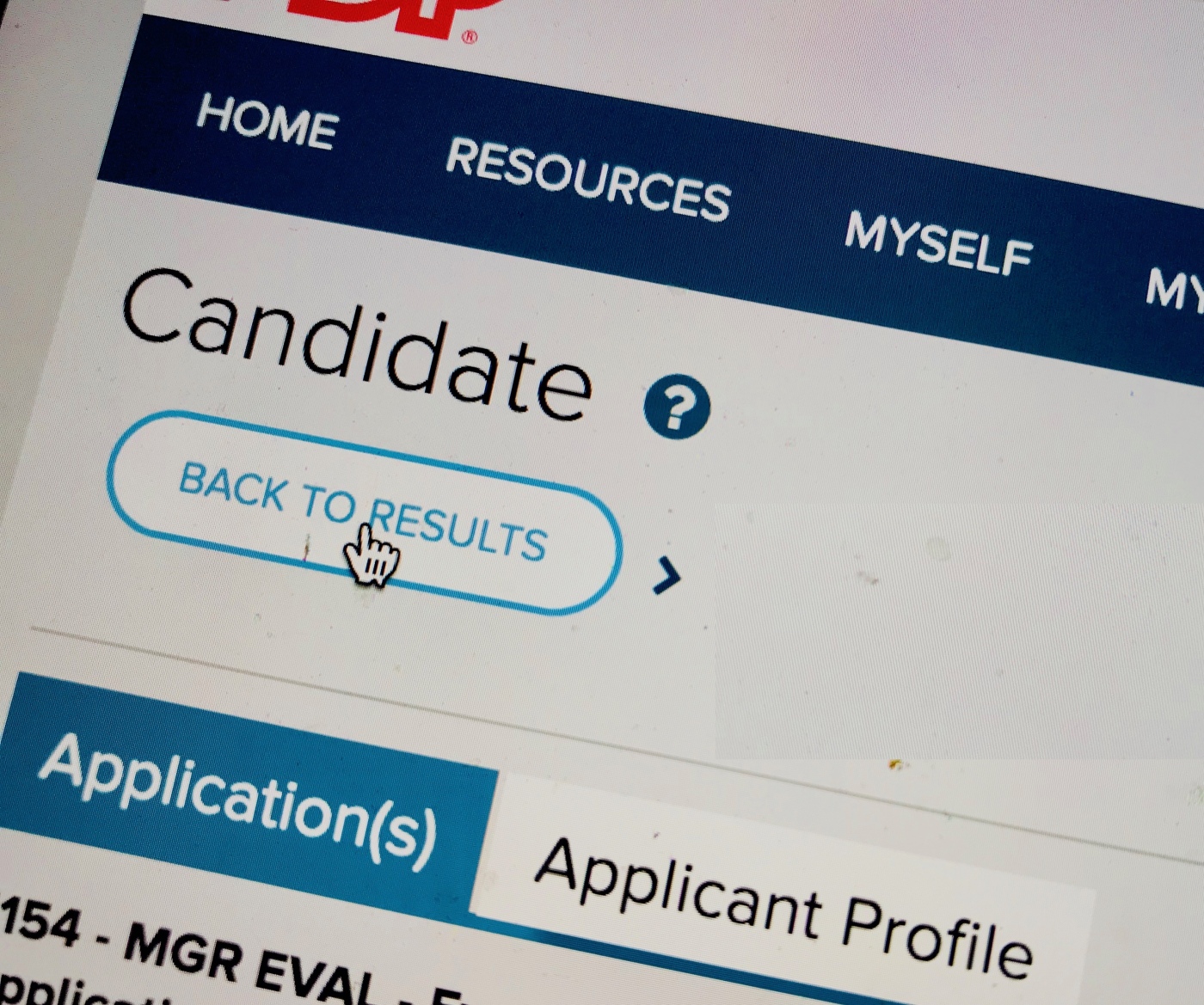 Employers continued to expand their payrolls this fall. Here are the five things we learned from U.S. economic data released during the week ending December 8. 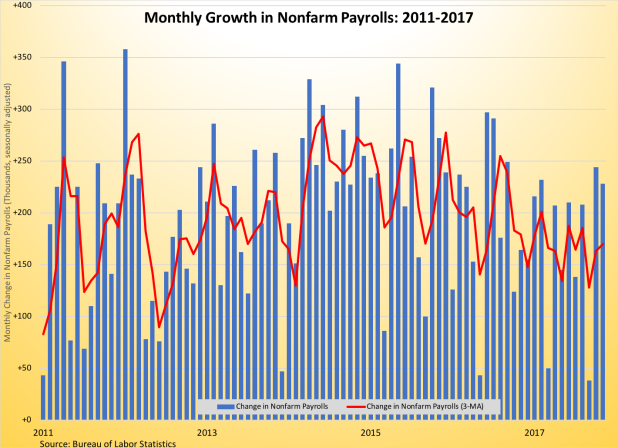 Meanwhile, a separate household survey finds the unemployment rate held steady at its 17-year low of 4.1 percent (seasonally adjusted) The civilian labor force grew by 148,000, but the labor force participation rate remained at 62.7 percent. The labor force participation rate for adults aged 25 to 54 increased by 2/10ths of a percentage point to 81.8 percent (matching September as its highest point in nearly seven years). The median length of unemployment fell by 3/10ths of a week to 9.6 weeks (November 2016: 10.2 weeks) while the count of part-time workers seeking a full-time job grew slightly by 48,000 to 4.801 million (November 2016; 5.659 million). Finally, the broadest measure of labor underutilization (the U-6 series) inched up by 1/10th of a percentage point to 8.0 percent, just above its post-recession low.

Rising imports in October led to the largest trade deficit since January. Exports essentially held steady during the month at $195.9 billion (+5.6 percent versus October 2016) while imports jumped by $3.8 billion to $244.6 billion (+7.0 percent versus October 2016). As a result, the trade deficit expanded by $3.8 billion to -$48.7 billion according to the Census Bureau and Bureau of Economic Analysis. The goods deficit also grew by $3.8 billion to -$69.1 billion (+9.0 percent versus October 2016) while the services surplus held firm at +$20.3 billion (also virtually unchanged from a year earlier). In the case of the former, imports grew for crude oil (+$1.5 billion) and consumer goods (+$0.8 billion). Meanwhile, a $2.6 billion rise in industrial supplies/materials exports was counterbalanced by declining exports of soybeans (-$1.4 billion) and civilian aircraft (-$1.1 billion). The U.S. has its largest goods deficits with China (-$31.9 billion), the European Union (-$12.0 billion), Mexico (-$6.0 billion), and Japan (-$5.3 billion).

The service industry grew at a slower pace during November. The headline index from the Institute for Supply Management’s Non-Manufacturing Report on Business slumped 2.7 points during the month to a reading of 57.4. Despite the decline, this was the 95th straight month in which the NMI was above a reading of 50.0 (indicative of a growing service sector). All four components of the measure fell during the month: new orders (-4.1 points), supplier deliveries (-4.0 points), employment (-2.2 points), and business activity/production (8/10ths of a point). Sixteen of 18 tracked service sector industries expanded during November, led by retail, wholesale trade, and utilities. The press release noted that survey respondents’ comments “indicate that the economy and sector will continue to grow for the remainder of the year.”

Factory orders sputtered in October. The Census Bureau reports that new orders for manufactured goods slipped 0.1 percent during the month to a seasonally adjusted $479.6 billion. Even with the decline, this represented a 3.7 percent increase from the same month a year earlier. Transportation orders fell 4.2 percent as orders for civilian and defense aircraft slumped 18.5 percent and 7.6 percent, respectively. Net of transportation goods, orders jumped 0.8 percent for the month and was 6.8 percent ahead of year-ago levels. Growing for the month were new orders for machinery (+1.9 percent), electrical equipment/appliances (+0.8 percent), computers/electronics (+0.7 percent), and nondurable goods (+0.7 percent). New orders for nondefense capital goods net of aircraft (a proxy for business investment) gained 0.3 percent during October and has risen 9.6 percent over the past year. Shipments grew for the tenth time in 11 months with a 0.6 percent increase to $484.2 billion. Unfilled orders were essentially unchanged for the month at $1.135 trillion while inventories grew for the 11th time in 12 months with a 0.2 percent increase at $661.6 billion.