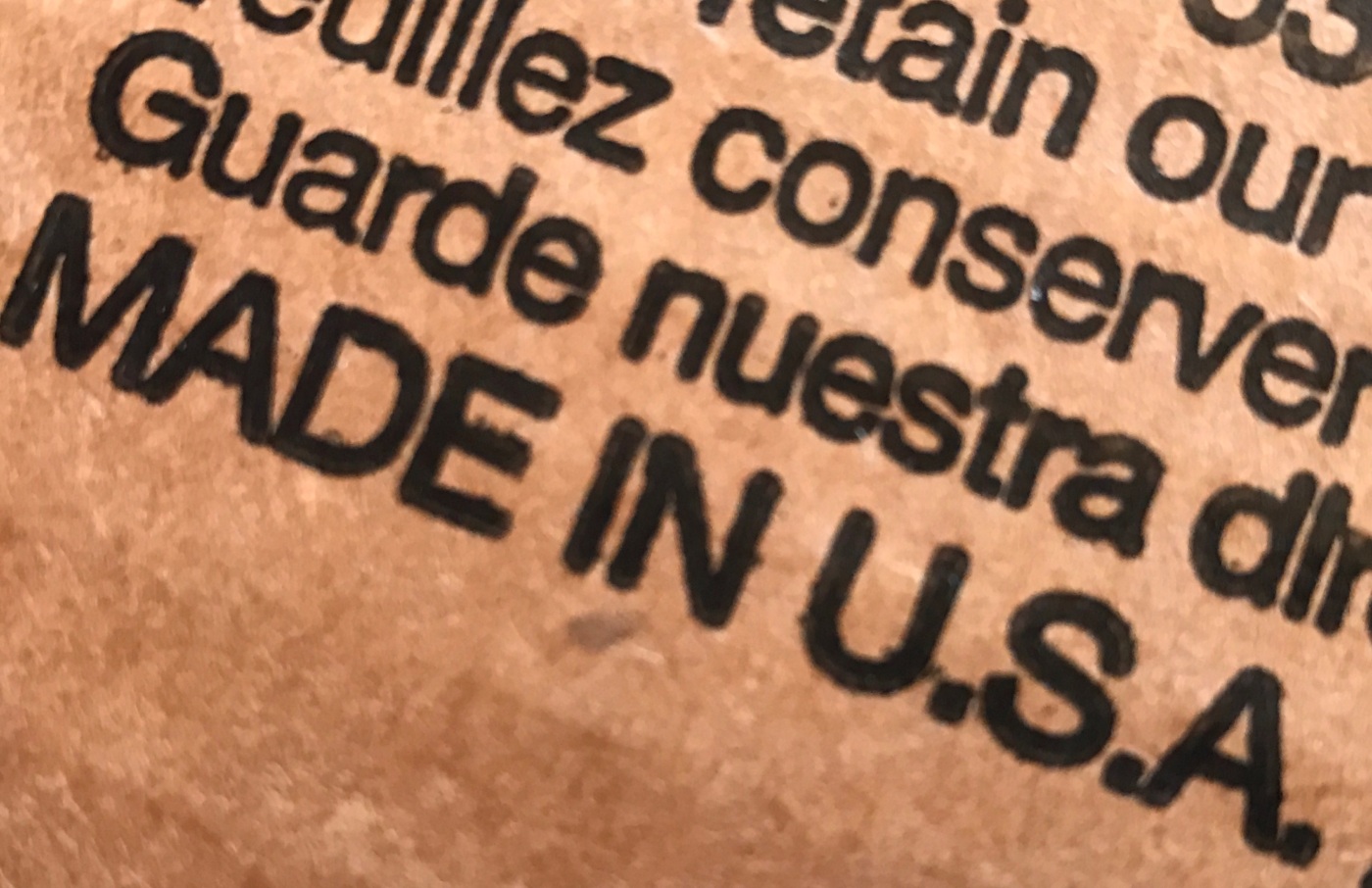 The trade deficit widened and there were fewer job openings in October. On the other hand, new orders for factory orders grew in October while the service sector blossomed in November. Here are the 5 things we learned from U.S. economic data released during the week ending December 9.

A drop in exports leads to an expansion in the trade deficit during October. The Census Bureau and the Bureau of Economic Analysis data indicate that exports declined by $3.4 billion on a seasonally adjusted basis during the month while imports increased by $3.0 billion to $229.0 billion. The resulting trade deficit of -$42.6 billion was $6.4 billion larger than that from September and was at its widest point since June. The goods deficit widened by $6.3 billion to -$63.4 billion while the services surplus narrowed by $0.1 billion to +$20.8 billion. The decline in goods exports was the product of a $1.4 billion drop in exported food/feeds/beverages (including those for soybeans and corn), a $0.9 billion decrease in consumer goods exports, a $2.4 billion increase in consumer goods imports, and a $1.1 billion gain in imports of capital goods. The U.S. had its largest goods trade deficits during October with China (-$28.9 billion), the European Union (-$12.9 billion), Mexico (-$5.8 billion), Japan (-$5.8 billion), and Germany (-$4.7 billion). 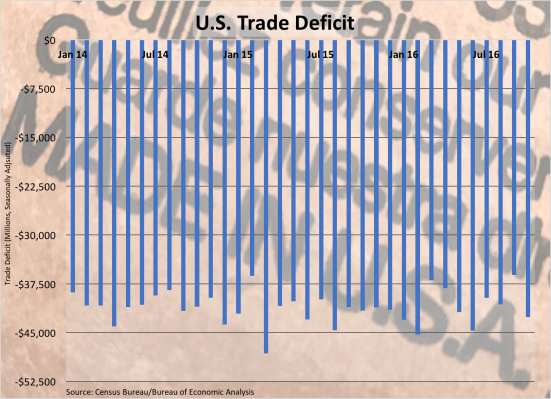 The count of job openings and the number of people hired both declined in October. The Bureau of Labor Statistics estimates there were a seasonally adjusted 5.534 million job openings at the end of October. This was down 97,000 openings from the end of September but still up 2.1% from October 2015. The private sector had 5.022 million job openings at the end of October, 1.7% above year ago levels. Industries with the largest positive 12-month comparables included construction (+58.9%), retail (+20.2%), health care/social assistance (+17.7%), and financial activities (+13.0%). 5.099 million people were hired during October, off 22,000 from September and down 2.2% from the same month a year earlier. The same comparables for the private sector were -5,000 and -2.1%, respectively.

Factory orders jumped in October. The Census Bureau estimates new orders for manufactured goods jumped 2.7% during the month to a seasonally adjusted $469.4 billion. This was up 1.3% from a year earlier. Much—but not all—of the gain came in the form of new orders for aircraft. Civilian aircraft orders surged 93.8% while defense aircraft orders gained 32.5%. Those figures combined with a 0.7% decline in new orders for automobiles resulted in a 12.0% increase in transportation orders during October. Net of transportation goods, new orders for manufactured goods gained 0.8% during the month but were only 0.5% above October 2015 levels. Growing during the month were orders for fabricated metals (+1.8%), electrical equipment/appliances (+1.6%), and computer/electronic products (+0.8%). Orders for furniture fell 1.0% during October. Meanwhile, shipments of manufactured goods increased for the 7th time over the past 8 months with a 0.4% gain. Unfilled orders grew for the 1st time in 5 months with a 0.7% increase while inventories expanded for the 3rd time in 4 months, albeit with an increase that was smaller than 0.1%.

The service sector sharply strengthened during November. The headline index from the Institute for Supply Management’s Nonmanufacturing Report on Business added 2.4 points during November to a seasonally adjusted reading of 57.2. This was the highest reading for the measure of service sector activity since October 2015 and was the 82nd straight month in which it was above a reading of 50.0 (indicative of the nonmanufacturing side of the U.S. economy to be expanding). 3 of 4 index components improved during the month: employment (up 5.1 points to 58.2), business activity/production (up 4.0 points to 61.7), and supplier deliveries (up 1.5 points to 52.0). The new orders slipped 7/10ths of a point to 57.0. 14 of 18 tracked service sector industries grew during November, led by agriculture, retail, arts/entertainment/recreation, and transportation/warehousing. The press release noted that survey respondents expressed “positive” comments “about business conditions and the direction of the overall economy.”