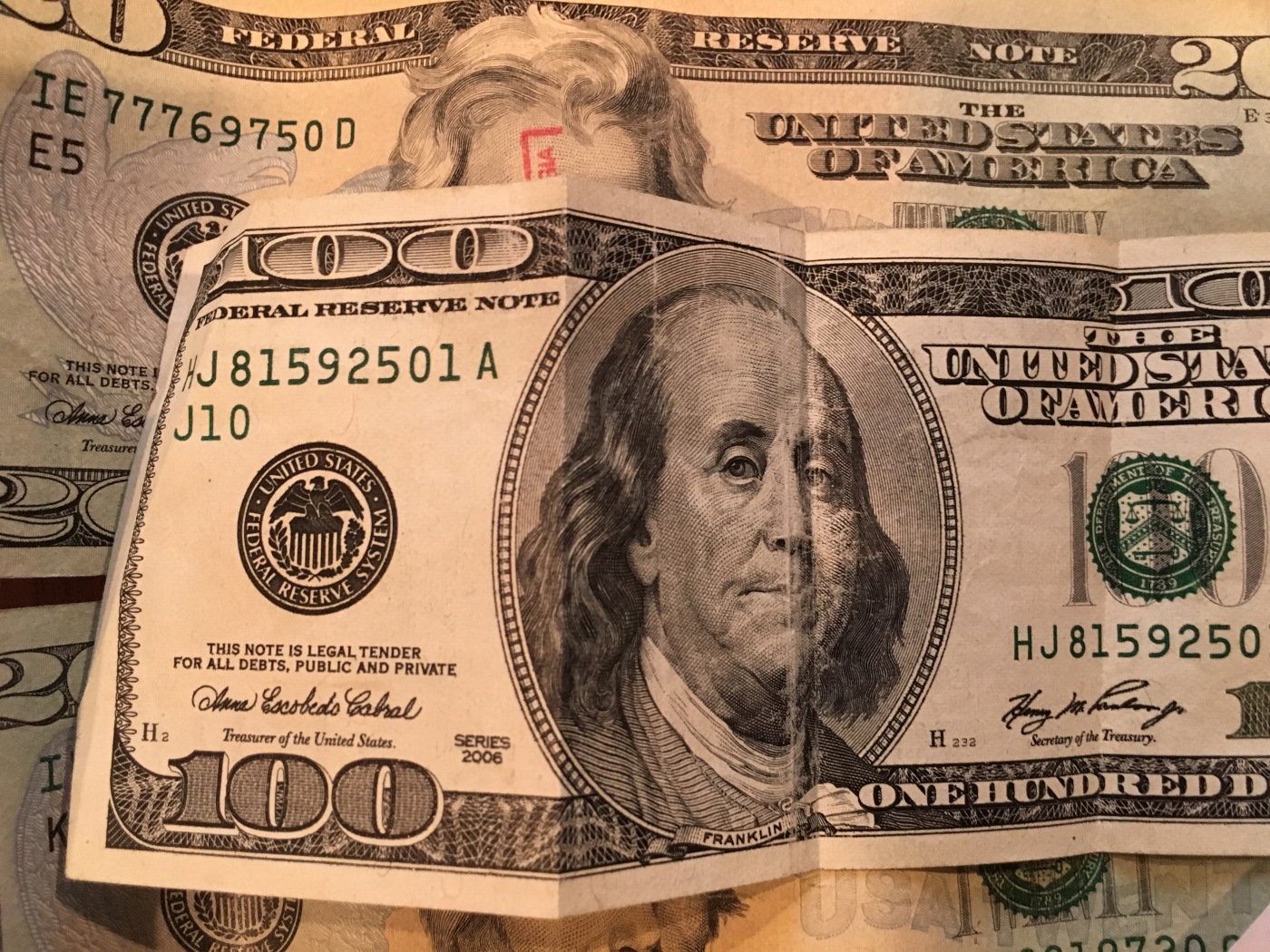 The Fed finally made a move, manufacturing remained stuck in neutral and new home starts rebounded. Here are the 5 things we learned from U.S. economic data released during the week ending December 18.

The Fed bumps up short-term rates for the 1st time since 2006…but rates are expected to rise only at a leisurely pace going forward. There was no dissent among the voting members of the Federal Open Market Committee to increased the fed funds target from near 0-percent (where it had been since December 2008) to a range between 0.25% and 0.50%. The key point is that interest rates remain (and will remain) very low by historic measures. In fact, the Federal Reserve’s policy statement following last week’s FOMC meeting states that “the stance of monetary policy remains accommodative after this increase.” Further, the committee anticipates we will see “only gradual increases in the federal funds rate” over the intermediate term with rates remaining below normal long-term levels for some time. The policy statement noted 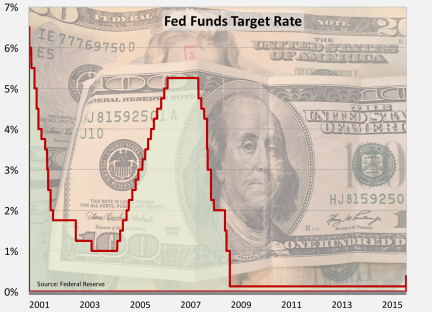 that the U.S. economy has been expanding at a “moderate pace” characterized by household spending and business investment spending each “increasing at solid rates,” a housing market that has “improved further” and a strengthening labor market. Still, net exports “have been soft” and inflation remains below the Fed’s 2 percent target rate.

Manufacturing stuttered again as overall industrial production contracted for a 3rd straight month. The Federal Reserve estimates manufacturing output was unchanged during November and was up by only 1.0% from a year earlier. A 1.0% drop in automobile production pulled down durable goods output 0.2%, the 4th straight monthly decline (the durable goods metric was up a feeble 0.5% from November 2014 levels). Production of nondurables grew for the 1st time in 3 months with a 0.5% increase (+1.6% vs. November 2014), with most major nondurables categories experiencing gains during the month. Mining output fell by another 1.1% (its 3rd straight monthly decline), with oil & gas well drilling and servicing at levels less than half of that from a year ago. Meanwhile, utilities’ output fell 4.3% during November, thanks to relatively moderate weather conditions. Overall industrial production dropped 0.6% during November and was 1.2% below year ago levels.

Falling gasoline prices and the 1st drop in food prices since late winter resulted in flat consumer prices during November. The Consumer Price Index (CPI) from the Bureau of Labor Statistics was unchanged on a seasonally adjusted basis during the month and was up a mere 0.4% from a year earlier. Energy CPI dropped for the 3rd time in 4 months with a 1.3% decline as prices for gasoline (-2.4 %), fuel oil (-1.3%) and utility delivered natural gas (-1.9%) all fell. Food CPI dipped 0.1%, as prices declined for all major food groups except for the fruits/vegetables index. Net of energy and food, core CPI increased by 0.2% for the 3rd straight month and was up 2.0% from a year earlier. Core goods prices declined 0.2% (pulled down by prices for apparel and used cars/trucks) while core services prices picked up 0.3% (pushed up by higher prices for transportation services, medical care services and shelter.

Housing starts rebounded in November. The Census Bureau places the seasonally adjusted annualized rate of housing starts at 1.173 million units, which was up 10.5% from October and 16.5% from November 2014. Starts of single-family units gained 7.6% during the month while that for multi-family units zoomed up 16.4% (the latter data series tends to be particularly volatile month-to-month). Looking towards the future, the number of issued housing permits hit a post-recession high with a 11.0% gain to 1.289 million units (SAAR, +19.5% vs. November 2014). Month-to-month gains for single-family units and multi-family unit permits were +1.1% and 26.9%, respectively. Housing completions slipped 3.2% during November to 947,000 (SAAR), up 9.2% from the November 2014 rate.

A forward looking measure of economic activity finds a 2nd consecutive month of solid growth in November. The Conference Board’s Leading Economic Index added 5/10ths of a point to 124.6 (2010 = 100). This follows a 7/10ths of point gain in October that reversed 3 months of stagnation between July and September. Even with November’s gain, only 5 of the index’s 10 components improved during the month, led by building permits, the interest rate spread and stock prices. The coincident index inched up by 1/10th of a point to 113.3 with 3 of 4 index component increasing during the month (nonagricultural payrolls, personal income net of transfer payments and manufacturing/trade sales). The lagging index gained 4/10ths of a point to 119.6, with 3 of 7 components gaining during the month (outstanding commercial/industrial loans, change in consumer prices of services and the ratio consumer installment loans-to-personal income). Through its press release, the Conference Board said that “the economic outlook for the final quarter of the year and into the new year remains positive.”