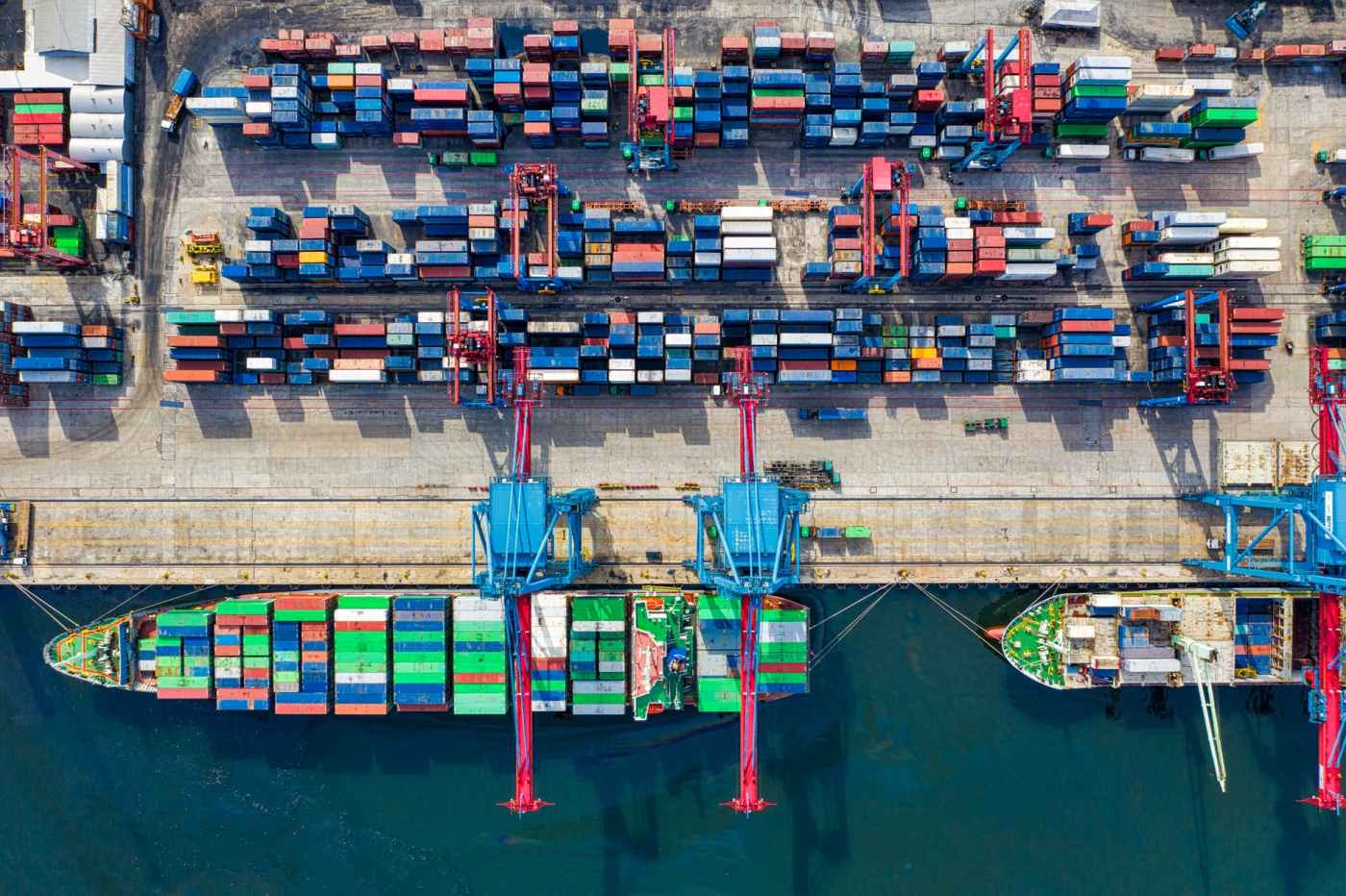 Economic growth slowed during the spring. Here are the five things we learned from U.S. economic data released during the week ending July 26.

Economic expansion softened during Q2. The Bureau of Economic Analysis’ first estimate of second-quarter 2019 Gross Domestic Product (GDP) has the U.S. economy expanding at a seasonally adjusted annualized rate of 2.1 percent. This was below Q1’s 3.1 percent growth rate but ahead of the 1.1 percent pace of expansion during the final three months of 2018. Only two of the major components of GDP made positive contributions to Q2’s economic expansion: personal consumption and government expenditures. Drags on the economy were the change in private inventories, net exports, nonresidential fixed investment, and residential fixed investment. Other takeaways include exports falling an annualized 5.2 percent during the quarter while imports edged up 0.1 percent and that business investment slumped 0.6 percent (its first pullback since the first three months of 2016). The BEA will revise its Q2 GDP estimate twice over the next two months. 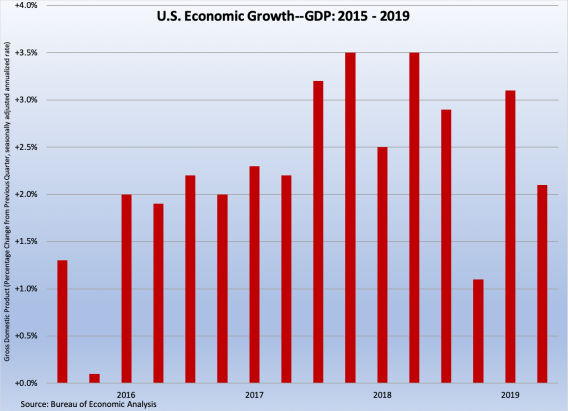 Economic data finds economic growth during June was just below its historical pace. The Chicago Fed National Activity Index (CFNAI), a weighted average of 85 economic indicators, added one-basis point during the month to a reading of -0.02. A reading of 0.00 for the CFNAI is indicative of the U.S. economy expanding at its historical average, so June’s reading suggests a slightly below-average economic growth. (A reading of -0.70 would indicate a recession.) Forty of the 85 CFNAI components made a positive contribution to the headline index. Among the four major categories of indicators, only those linked to employment made a positive contribution to the index (adding six-basis points). Those tied to sales/orders/inventories (negative three-basis points) and consumption/housing (negative five-basis points), while those related to production made a neutral contribution.

Sales of previously owned homes slipped in June. The National Association of Realtors places the seasonally adjusted annualized sales rate of existing homes at 5.27 million units, off 1.7 percent from the prior month and 2.2 percent from a year later. Sales improved during the month in the Midwest and North but eased up in the West and South. Even with a small 1.0 percent increase, inventories of unsold homes remained tight at 1.93 million homes—the equivalent to a 4.4 month supply. The median sales price of $285,700 represented a 4.3 percent gain from a year earlier. The press release noted that “the nation is in the midst of a housing shortage and much more inventory is needed.”

Meanwhile, new home sales improved. New single-family home sales rose 7.0 percent during June to a seasonally adjusted annualized rate of 646,000 units. This followed an 8.2 percent drop in May and left the Census Bureau measure 4.5 percent ahead of its year-ago sales pace. During the month, sales grew in the West and South but slowed in the Midwest and Northeast. Inventories of unsold homes edged higher to 338,000 units (+0.6 percent versus May 2019 and +9.4 percent versus June 2018), the equivalent to a 6.3 month supply.

Durable goods grew for the first time in three months in June. The Census Bureau reports that new orders for durable manufactured goods jumped 2.0 percent during the month to a seasonally adjusted $246.0 billion. This was a far better than the 2.3 percent and 2.8 percent declines of the two previous months. Transportation goods orders jumped 3.8 percent, pulled up by a sharp 75.5 percent surge in civilian aircraft orders and a 3.1 percent gain in motor vehicle orders. Net of transportation goods, core durable goods orders increased a still robust 1.2 percent. Growing during the month were new orders for machinery (+2.4 percent), fabricated metals (+2.1 percent), primary metals (+0.8 percent), computers/electronics (+0.4 percent), and electrical equipment/appliances (+0.1 percent).