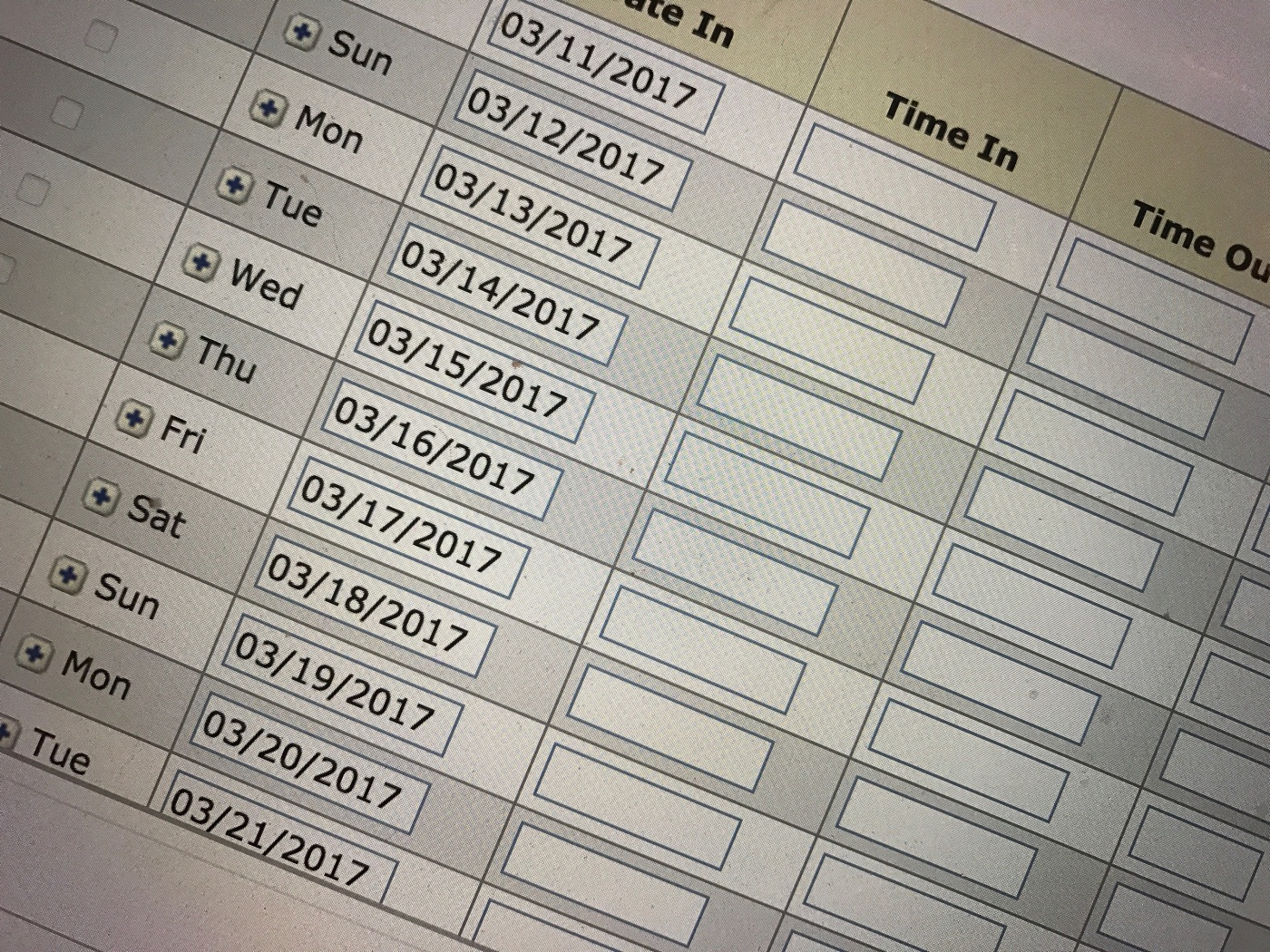 Hiring remained solid in February, but the trade deficit widened to a nearly 5-year high in January. And now we wait for the Fed to act. Here are the 5 things we learned from U.S. economic data released during the week ending March 10.

Based on a separate household survey, the unemployment rate slipped by 1/10th of a percentage point to a seasonally adjusted 4.7% (vs. 4.9% in February 2016). 340,000 people entered the labor market during the month, while the labor force participation rate inched up by 1/10th of a percentage point to 63.0% (its best reading since last March, but still not far off from its recently achieved multi-decade low). The typical length of unemployment dropped to another post-recession low, shedding 2/10ths of a week to 10.0 weeks (February 2016: 11.3 weeks). The seasonally count of part-time workers who were seeking a full-time opportunity dropped by 136,000 to 5.704 million (February 2016: 6.019 million). The broadest measure of labor underutilization matched the post-recession low hit last December at 9.4% (February 2016: 9.8%). In all, the stability of the labor market would seem to give the Federal Reserve the final piece to the puzzle in deciding to bump up its short-term interest rate target at next week’s Federal Open Market Committee meeting.

January’s trade deficit was the largest in nearly five years. The Census Bureau and the Bureau of Economic Analysis estimate that exports totaled $192.1 billion during the month (+$1.1 billion vs. December 2016) while imports jumped $5.3 billion to $240.6 billion. The resulting deficit of -$48.5 billion was $4.2 billion larger than that of the prior month, up 9.7% than that of January 2016, and the largest single-month trade deficit since March 2012. The goods deficit expanded by $4.0 billion during the month to -$69.7 billion while the services surplus shrank by $0.3 billion to +$21.2 billion. Exports of supplies/materials (crude oil and petroleum products) and automotive vehicles grew during the month while capital goods exports slowed. Growing import goods categories included consumer goods (including cellular phones), industrial supplies/materials (including crude oil), and automotive vehicles. The U.S. had its largest goods deficits with China (-$30.2 billion), the European Union (-$13.4 billion), Germany (-$5.7 billion), Mexico (-$5.5 billion), and Japan (-$5.5 billion) during the month.

Factory orders increased during January. New orders for manufactured goods grew 1.2% during the month to a seasonally adjusted $470.2 billion, according to the Census Bureau. This was up 3.8% from a year earlier. Orders for durable goods rose 6.2%, thanks to big gains in orders for civilian aircraft (+69.8%), defense aircraft (+62.2%), and automobiles (+0.8%). Net of transportation goods, new orders for core manufactured goods increased 0.3% during January to $393.7 billion (+6.0% vs. January 2016). Orders for nondefense, non-aircraft capital goods orders (a proxy for business investment) slipped 0.1% during the month and was only 0.5% above its year ago reading. Shipments increased for the 10th time in 11 months with a 0.2% gain to $478.3 billion. Unfilled orders contracted for the 7th time in 8 months with a 4.0% decline to $1.114 trillion. Inventories expanded for the 6th time in 7 months (+0.2% to $627.9 billion).

Prices for both imports and exports increased during February. The Bureau of Labor Statistics reports that import prices grew 0.2% during the month, following gains of 0.6% and 0.4% during January and last December. The increase occurred despite a 0.7% decline in the price of imported fuels (prices for imported petroleum and natural gas fell 0.7% and 1.3%, respectively. Nonfuel import prices grew at their fastest rate since last May with a 0.3% gain, pulled up by rising prices for nonfuel industrial supplies/materials, consumer goods, and foods/feeds/beverages. Import prices have risen 4.6% over the past year while the 12-month comparable for nonfuel imports was up a much more modest 0.5%. Meanwhile, export prices grew 0.3% during the month and have risen 3.1% since February 2016. Rising during the month were prices for agricultural exports (+1.4%, including a 24.3% surge in vegetable export prices), nonagricultural industrial supplies, and capital goods.